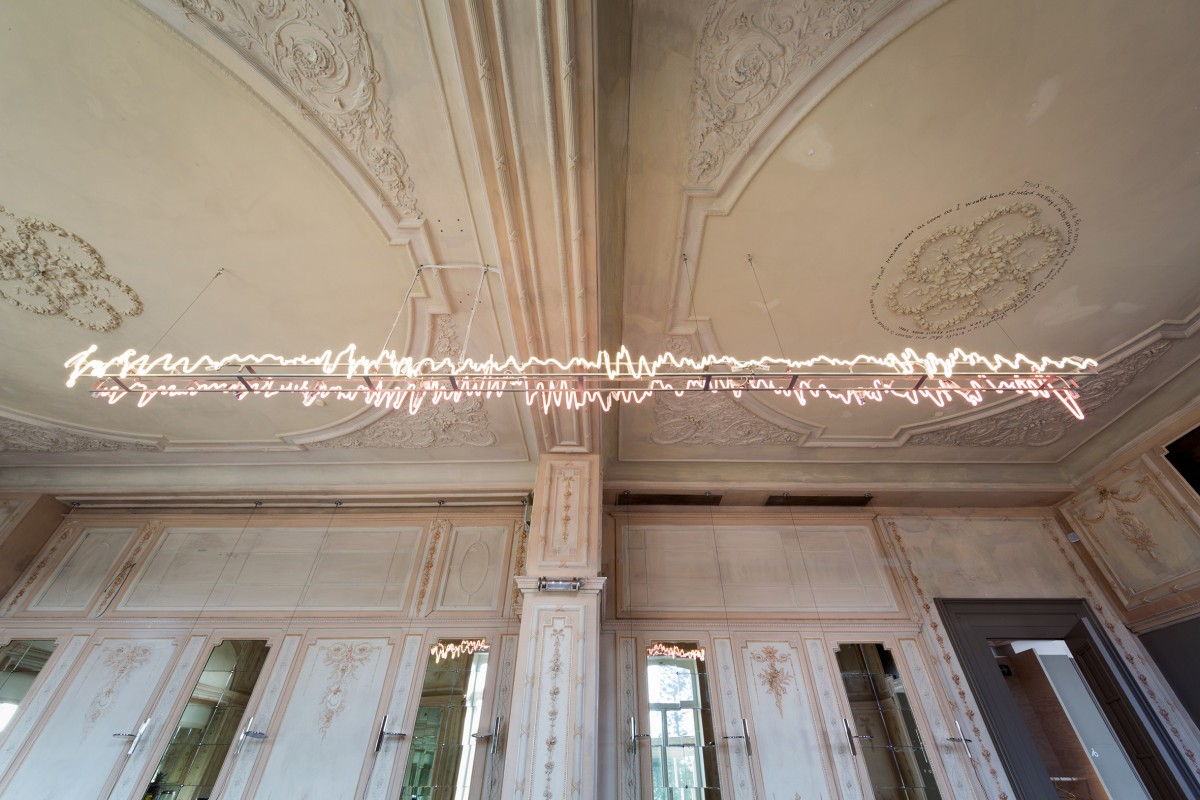 Casino Luxembourg’s history is full of surprising developments. It has functioned as crossroads of intellectual life and mental stimulation, a place where first political, and now artistic, leaders meet and greet. Thinking about a new change inevitably calls up the past, the progression of periods and publics. What significance should be ascribed to the place, what do its various uses say about the people of the day?

Each historic layer – from Casino Bourgeois, to Foyer européen, and now Forum d’art contemporain – has been the product of its respective epoch, building and generating an immaterial quality that is simultaneously the spirit of the times and the spirit of the place. Zeitgeist and genius loci.

How can we evoke the vague impression of contact with such different periods and people? What do we remember about an epoch? Any aspect of the present that is crystallized in an event, ideology, individual, or work can evolve radically: what we thought was its established significance can suddenly change in retrospect, or influence the ever- evolving present day in unexpected ways.

A crucial symbol can also vary from one society or one generation or even one individual to another. And what distance should we adopt with respect to recent periods, placing them in an accurate historical perspective?

This is the spirit in which Karl Marx and Kurt Cobain have been linked together. Marx shed light on issues that are still being discussed: the status of the individual and the masses, and the possibility of new ideological, economic, and political conflicts. His legacy is still hotly debated, distor ted, recuperated. What does Marx symbolize? Was he a visionary, an ideologue, a tool of propaganda and recruitment, or a Pop accessory? Cobain stirred the youth of the 1990s in a way few ar tists do, so accurately did he express that generation’s condition. What does he symbolize? A society simultaneously oppressive and fragile? A sense of malaise? Of energy? Of a “market culture” or generational conscience?

We presumably get the idols we deserve.

Linking the two says something about our times.

- Fragmentation. The absence of landmarks for our times, the multiplicity and fragmentation of unifying narratives, the ar tificial construction of new myths, and the upheaval in values.

- Simplification. Given the uncontrollable explosion of information, our times simplify narratives and debate. It is easier to be heard if ideas are simplified, if tutelary figures come across as monolithic.

- Syncretism. Our times constantly toss heterogeneous elements together without blending them together, based on a principle of mutual co-existence. Dogmas and religions can be made to measure.

- Relativism. Our times level hierarchies of knowledge, ar t, and science. Crazy opinions can spread far and wide once information is no longer verified or critiqued: usually, it is just passed on. So is every discourse equal, similar to all others?

Zeitgeist: Karl Cobain is the visual depiction of two sound waves. Two spirits, two voices. The first is the voice of Kurt Cobain, taken from the song The Man Who Sold the World (1993). Cobain’s cover of a David Bowie track represents the rebir th of a song, broadcast to a new generation. The second is the voice of Karl Marx: “A specter is haunting Europe”. That is the first line of the 1848 Communist Manifesto.

What meaning did Mar x impart to it? How should we interpret it today? Is it an exhortation, a threat, a prophecy?

The wave is a simplified representation of speech, stemming from a desire for abstraction, a linear picture of a history composed of progress and regression. A seismic wave, a spectrogram, a scientific reference evoking the raw nature of information, and the way it is smoothed and normalized. The inter twined waves evoke the co-existences and complexities of today’s multidimensional world, hierarchical or not. 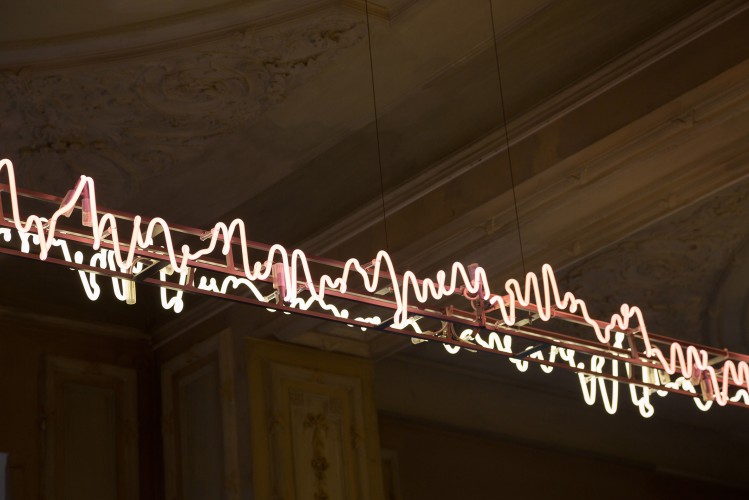